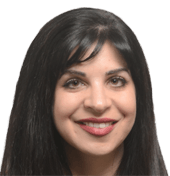 Everyone always wants to know the best events to attend. Give back to your community and have some fun while you are #SEEN having a great time in 2020!

#BeSEENBrunch: The North Side Common Ministries annual Food Pantry Brunch Challenge at the New Hazlett Theater on the North Side is a fun, laid-back event that uses foods from the food pantry to make a fabulous brunch while bringing attention to the issue of hunger plaguing our friends and neighbors. Don’t miss it on Jan. 25.

#SEENLegendary: The Dirty Ball is back, baby! After leaving us for far too long, Attack Theatre’s legendary dance party is back and it is sure to usher in a whole new generation of excitement. This is one party you do not want to miss. Anything goes at the Dirty Ball on April 25!

#SEENMakingHistory: Who knew that history could be so fun? Check out the Heinz History Center’s epic bash, the largest young professionals party in town. It has a totally rad ’80s theme on Feb. 21.

#SEENRatedPGH:  And the Oscar goes to … the Pittsburgh Film Office for switching things up and moving the party to Saturday before the Academy Awards. Now everyone can come, support the PFO and catch all of the main event on Sunday night. It’s held at The Pennsylvanian in Downtown with everyone dressed to rock the red carpet and YaJagoff Podcast interviewing guests as they arrive. Pittsburgh, are you ready for your close up on Feb. 8?

#SEENHavanaNights: The Jewish Community Center knows how to throw a party. Each year, the theme changes and this year it’s Havana Nights. Great entertainment, tons of food and the drinks flow all night long. Get your tickets and support the JCC in Squirrel Hill on March 7.

#SEENFaveFashionEvent: Who knew Pittsburgh Opera could throw such a great fashion event? The music is amazing, the performances are fabulous and the runway show teams up local designers and shops with the costume department. Voila! It’s fashion mash-up magic! On March 9, the theme will be Roses and Thorns featuring designer Lela Rose, Choices Pittsburgh boutique and fantastical hair and makeup by Studio Booth.

#SEENQBallMagic: If I had to pick a top five for the year, Quantum Theatre’s Q Ball would make the cut because of its incredible creativity and ability to attract people from all walks to life to this cult favorite. This year, I am truly excited for the Ancient Enchantment theme on April 18 at This Is Red in Munhall. Think fairies, sorcerers, stone circles, lush foliage and metallic colors. Guests will have their fortunes told by Morgan le Fay and enjoy live music, delicious food from Black Radish Kitchen and tasty signature cocktails by Maker’s Mark.

#SEENBeAnAlly: Save the date March 21 to party the night away and show your support for the LGBTQIA+ community.  I’ve watched this party grow and change over the years, and now it is one of the must-attend parties of the spring season. Come dressed to impress and don’t miss the insane dessert bar at Soldiers & Sailors Memorial Hall & Museum in Oakland.

#SEENBestGreenParty: Talk about a transformation! The Ecolution Fashion Show began at the Fairmont Pittsburgh with models teetering down the marble staircase in the lobby and now features creative ecofriendly garb at the Carnegie Museum of Art. Whether it’s a dress made of plastic shopping bags or one out of recycled CDs, the looks are jaw-dropping. And so are the models, thanks to Richard Parsakian and Izzazu Salon, Spa and Serata. Get your tickets now for the party on April 22.

#SEENOutOfThisWorld: The True T Entertainment Galaxy Ball is like nothing you have ever #SEEN before in Pittsburgh. Self-described as a hyper-queer extravaganza, this event series celebrates the Ballroom Community, a black and brown LGBT underground subculture, and brings HIV/AIDS awareness to the forefront with stories written and produced by True T founders Dez and Naheen. The date has not been announced yet but keep your eyes peeled. 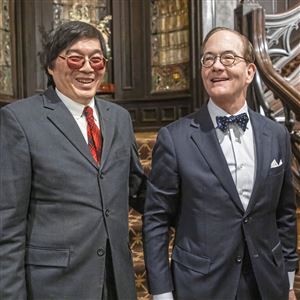 #SEENBestLuncheon: The Pittsburgh Parks Conservancy Hat Luncheon reminds me of prom, where half the fun is planning your outfit. This legacy event happens on May 2 at Frick Park and the parade of hats, dresses and fabulous accessories make this the place for people-watching. Support our beautiful parks and look good while doing it!

#SEENBestNeighborhoodParty: Patricia Sheridan, who helps me cover events when there are just too many for one person, loved this year’s River Rocks: Havana Nights, a party that supports Aspinwall’s Riverfront Park. She raved about a perfect summer evening on the river with neighbors sipping mojitos and mingling. The date hasn’t been announced yet, but stay tuned because this party is worth the wait!

#SEENPride: I started covering Peoples Pride at First Night in Garfield a few years back after becoming disillusioned by the exclusionary vibe of Delta’s Pride Party Downtown. It’s inclusive, friendly and free. Hosted by SisTers PGH, this year’s Peoples Pride takes place Jun 12-14 and shows that when we come together, our diversity highlights our humanity and strengthens our sense of community.

#SEENBestSeries: Repair the World Pittsburgh is one of my favorite local organizations. The space does real work, invites people from diverse backgrounds and hosts free dinner parties and events for everyone. This year’s Racial and Economic Justice shabbat dinner kicks off Martin Luther King Jr. weekend on Jan. 17. Guests will hear from organizations working to address immediate economic and social needs caused by systemic and persistent injustice based on race, class and ability. This ADA-accessible shabbat dinner includes vegan entrees, wine, challah and music.

#SEENBestReinvention: The Mattress Factory’s interim executive director, Hayley Haldeman, and event architect Thommy Conroy reimagined the art museum’s Urban Garden Party, spicing things up with a summer solstice event that was the talk of the town. I have heard a rumor that this year’s event will be “under the sea.” You didn’t hear it from me!

#SEENChangingItUp: After a super successful run at the Rivers Casino, this year’s Riverlife Party at the Pier is changing things up with a move to The Highline on the South Side. On Aug. 29, join the most fashionable crowd in town to party the night away in support of our riverfront spaces. Come dressed to impress with 800 of your closest friends!

#SEENBestTwist: I love it when a party shakes things up and the City Theatre did just that. Instead of a  sit-down black-tie dinner, BASH became an outdoor extravaganza with food trucks, multiple performances and special guests including actor Zachary Quinto. City Theatre’s BASH in September was a hit and I can’t wait for this year’s!

#SEENBestBlackTie: The Pittsburgh Symphony Orchestra’s Gala is always an elegant affair and one of the city’s most beloved events. This year, acclaimed pianist Lang Lang had Heinz Hall on its feet and the sit-down dinner catered by the Duquesne Club had mouths watering. One feature that sets this party apart is the young professionals shindig held at the same time as the formal dinner so that every generation can play their part for the PSO.

#SEENPuppyLove: If you love animals, you’ll want to #BeSEEN at Animal Friends’ Black Tie & Tails. Dogs, cats and rabbits join the fun for a two-night party that includes a formal night and a more casual party at the shelter’s beautiful campus in Ohio Township. Proceeds go to spay and neuter clinics and finding our furry friends forever homes.

#SEENCulturalGem: The Cultural Trust Gala never disappoints. As President and CEO Kevin McMahon once told me, “We are in the business of entertaining. If we can’t do a party up right, what are we doing?” Expertly crafted with the help of Nancy Byrnes, this party combines cocktails, dinner and a performance that reminds us of why we love live theater so very much.

#SEENBestPerformance: The Pittsburgh Ballet Theatre’s Pointe in Time Gala just gets bigger and better every year. The parade of designer gowns sashaying through the lobby at the Westin turns heads, but the real stars of the show are the incredible dancers who perform vignettes throughout dinner. This event is a classic tribute to the beauty of the arts and how celebration through movement connects us all.

#SEENBestActivistEvent: If you’re looking for a cause to support, take a second look at New Voices for Reproductive Justice. Started 15 years ago, the organization focuses on reproductive justice with an intersectional lens. Come for the party, stay for the cause. The December event, held at Stage AE on the North Shore, was a celebration of black women, girls and femmes and the incredible work that they do.